My story – there is hope

Long before I knew of the letters EDS and what they stood for I knew something was different about me. I remember how my knees would lock and hurt to stretch out after sitting crossed legged during primary school assembly – I thought everyone felt the same. After shopping trips in my teens I would feel as if my whole body were bruised days after – again thought it was normal. I thought everyone came in from school and had a nap straight afterwards – I genuinely believed this for 16 years. 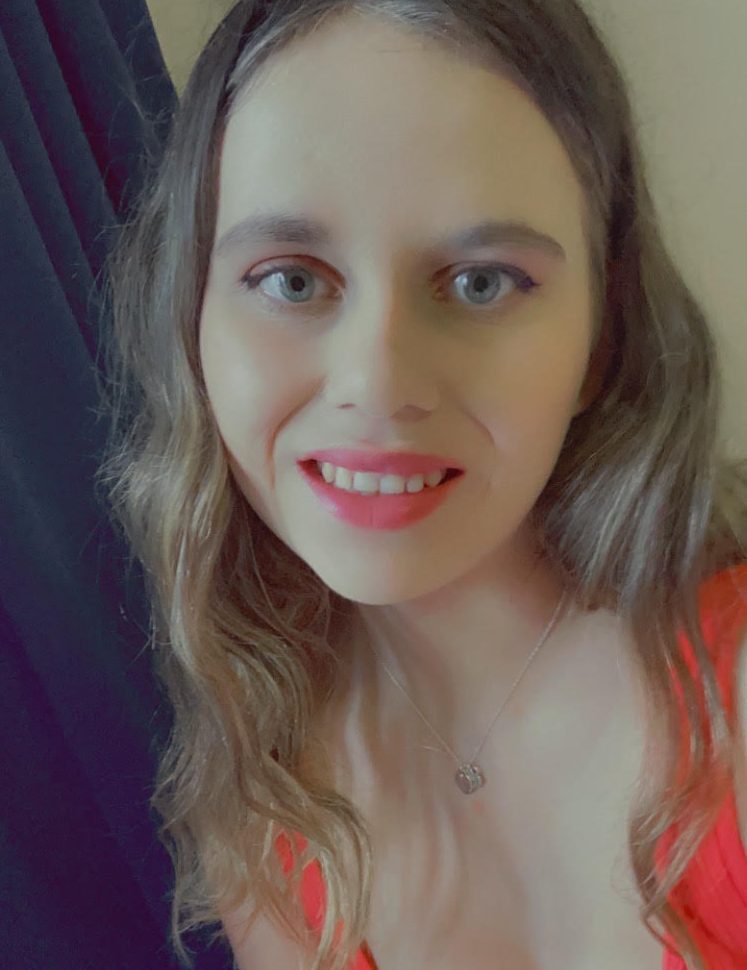 Leonah shares her story to try and help others

One day in 2017 on the crowded bus home from school I felt one of the worst pains I have ever experienced. I can only describe it as a ‘pop’ in my right knee, I fell to the floor, it was as though time stopped – for months after I could still hear the ‘crunch’ sound in my head. I remember my friend saying, “what have you done?” as she helped me off the bus. I panicked and shouted “I heard something pop! Please be honest with me does it look okay?!”. I hobbled back home and rested it, I never sought medical treatment. Whilst swollen it did go back to “normal” a few days later but I would get frequent twinges that would send my heart racing. I put this to the back of my mind until just short of a month later. At my dad’s house I fell in the kitchen, I never thought the pain could be worse than the first time, but it was. I went to A&E the next night and had an X-Ray , despite nobody at home believing me it was confirmed not only dislocated but the kneecap had in fact chipped.

I was bandaged up, given crutches, and sent on my way after being told that Physio and the fracture clinic would be in touch. I had read about Ehlers Danlos Syndrome on social media months prior, I had tried to put the idea out of my head after the first time. After the second time I simply could not. I looked it up further and realised that my elbows hyperextended, my thumb could touch my wrist, I could bend my fingers halfway and other signs. The more I looked into it the more terrified I was. I knew I had to know for sure and that is where my fight for diagnosis began. I had zero support from anybody at this time, some family had labelled me a hypochondriac and medical professionals dismissed EDS every time I mentioned it.

I fell into a very deep rut. I felt my life was over, I read horror stories online, the people involved in them I now admire them and their bravery but at the time I was broken and bitter. I didn’t want to be ‘like them’. I had so many dreams as a child, and I felt they were all being snatched. I even at one point deeply considered ending my life, I never spoke of it to anybody other than a few friends who I would beg “Please don’t tell anyone”. I genuinely believed my life was less than worthless, I enrolled on a Level 3 IT course at Cronton College, not expecting I would even be able to finish it. This was where my attitude changed. I achieved a distinction in my first assignment, I realised I could potentially have a very rewarding career that did not depend on my physical ability.

With a more positive outlook I went back to my local doctor’s surgery and told the GP firmly “I really think I have Ehlers Danlos; I just want to be diagnosed if I do”. Luckily, I had finally found a medical professional who believed in me and I was referred to a rheumatologist. After over a year of being told it was all in my head, I was finally diagnosed with Type 3/Hypermobile Ehlers Danlos in November of 2018.

People from my past are not the most understanding still but my new friends,  University and my new GP surgery have been amazing. I honestly thought all hope was lost but if you are reading this feeling the same, I promise you it is not.

Today I have not long finished my first year at the University of Gloucestershire. I am studying Computer and Cyber Forensics after achieved 3 Distinction Stars in  the college course I did not even believe I would finish, in fact I was awarded IT Student of The Year in 2019 and presented with a trophy. Touch wood I have been lucky enough to not dislocate anything since my knee, I still walk unaided, I have been able to hold down certain jobs and maintain a good social life. I have many dreams for the future, the main one being a career as Cyber Forensic Investigator with the police.

The reason I share my story is to tell others who are newly diagnosed or still fighting for a diagnosis there is hope. There is always something you can do and succeed at; you just have to keep going. It also helps a lot to stop taking notice of those around you who are not supportive.