Breath for no more than 99 Words

I worked making films for 25 years – first as a trainee assistant film editor, then as a researcher. My first job was the film inserts for the children’s show ‘Rainbow’. Eventually I became a producer/director on documentary films. I  travelled a lot and loved life as a freelancer.

Work was full on and I often relied on sheer adrenaline. Out on location I found I couldn’t carry my share of the equipment – sometimes not even my laptop, but the crews were supportive and it wasn’t a problem. I also had back, RSI wrist issues and unstable ankles but I managed to get by. I had no idea I had an underlying genetic condition. 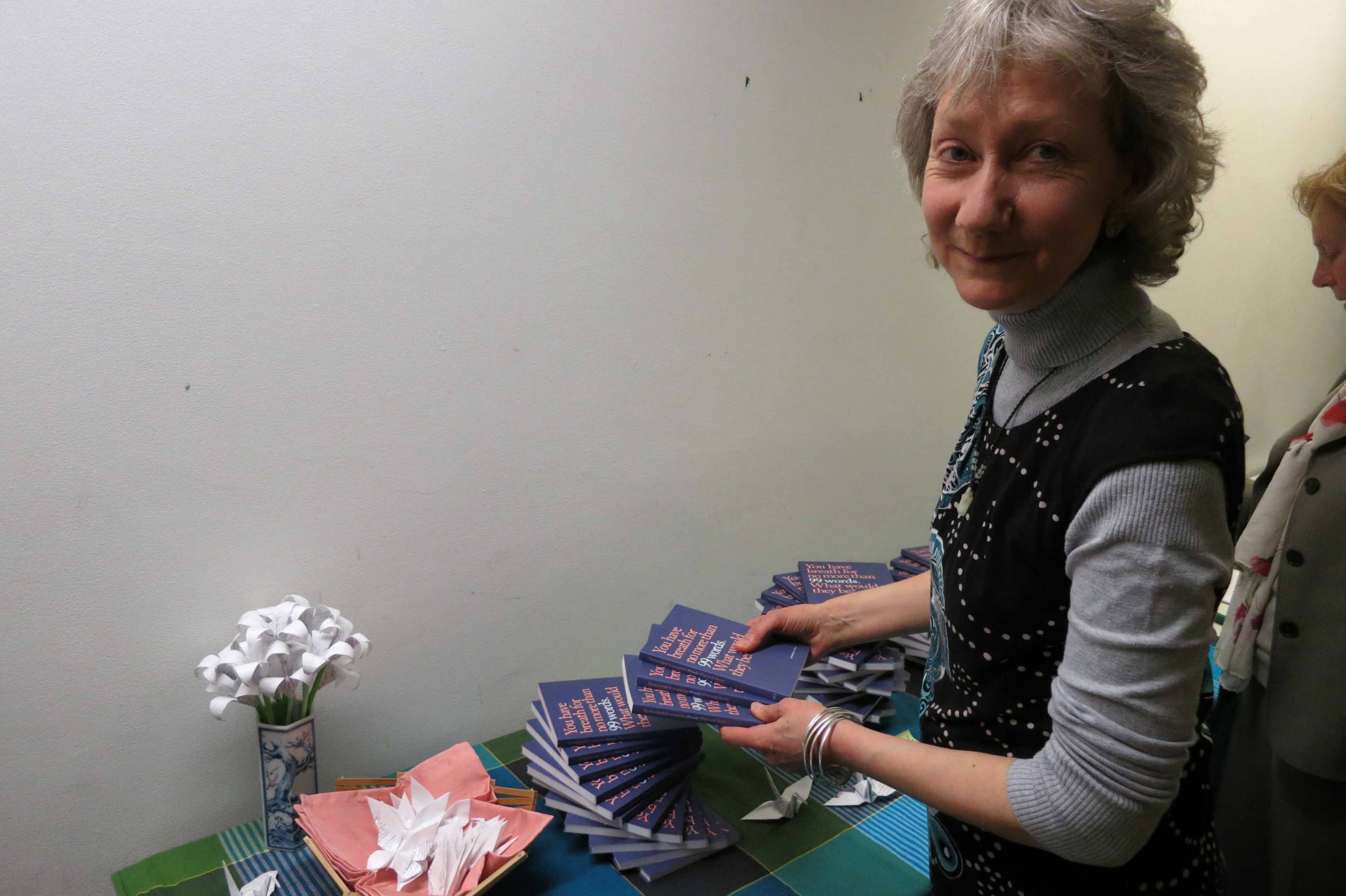 Liz with her book 99 Words

I coped fine until my mid-forties. The decline in my health was very sudden. A coastal shoot required a steep cliff hike – to protect my ankles and our equipment I opted instead for an inflatable boat. The sea was very choppy and we were all bounced around. I felt my back hurting. That evening I was painfully stiff and having difficulty sitting. Much later I discovered that this was a whiplash injury – and it didn’t go away.

The production schedule was really tight so I pushed myself to carry on and edit the film, sometimes lying on the floor with my laptop. Eventually I had to give up. I thought I would recover and then get back to work. But it took nearly two years, during which I began to experience pain in my eyes.

Access to Work helped me set up an ergonomic home office and if it had been back and neck issues alone I might have been able to carry on working – but eye pain made that impossible. Frustratingly, voice dictation software required too much eye effort for me to train it. I could work onscreen or read hard copy only in short bursts – words became extraordinarily precious.

It was then that the idea of the book came to me. I decided to ask all the people I most wanted to hear from: “If you had breath for no more than 99 words, what would they be?” That was the length I could read comfortably. Working without a deadline was crucial. I sent out my question and collected the answers when I felt well enough – and I had a lot of help.

‘99 Words’ was published seven years later in 2011. The 99 contributors include writers, musicians and thinkers such as Jeanette Winterson, Robert Wyatt, Nelson Mandela, Desmond Tutu and Diana Athill. Proceeds are going to the conflict resolution charity Peace Direct. Producing the book marked the end of one chapter in my life and the start of another.